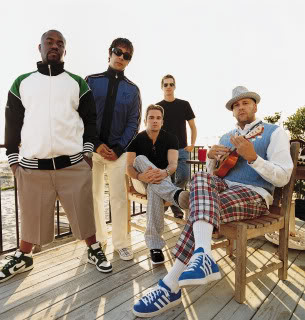 Mark Mcgrath and his band SUGAR RAY just released a brand new CD after six years of absence (their last record is In the pursuit of leisure in 2003) in the music scene. The album titled Music for cougars is already out in the US (July 21) at ewan ko lang kung kailan magiging available dito sa Pinas. The first single of that album is "Boardwalk".

Anyway, since this is all about cover songs--the group just recently covered one of the latest rap hit sa Amerika, a song by Kid Cudi entitled "Day N' Nite".